I took a trip recently and stayed in a motel.  Overall, my room was quite nice.  But there were a few things I needed to change.  I had to move the bed a little further away from the wall so I could sleep without being bothered by noise from the traffic.  Of course, this meant I also had to move the night stands.  The comforter on the bed was heavier than what I am accustomed to, so I bought another one to replace it.  When I did, I realized the new comforter clashed with the pictures on the wall, so I had to replace them as well.  The television was nice, but, since it is much easier for me to watch a television with a larger screen, I called the front desk and asked that a larger one be sent up to my room.  At last, everything was just like I wanted it to be!  I was all ready for a comfortable stay!

No, I didn’t do any of those things!  Even I know better than that.  I left the room just as it was when I got there.  Why?  Because I knew I was only going to be there for a short while.  I didn’t have to have everything exactly like I wanted it to be because I was only there temporarily.  There was nothing permanent about it!

Why then, do we spend so much time focusing on the things of this world?  Why do we give so much attention to this present (fleeting, temporary) life and neglect the life (permanent, eternal) to come?  The apostle Paul wrote, “If ye then be risen with Christ, seek those things which are above, where Christ sitteth on the right hand of God.  Set your affection on things above, not on things on the earth” (Colossians 3:1-2).

Friends, it’s ok if not everything in this life is the way you want it to be!  Life, after all, is a motel room!

Watch In Search of the Lord’s Way 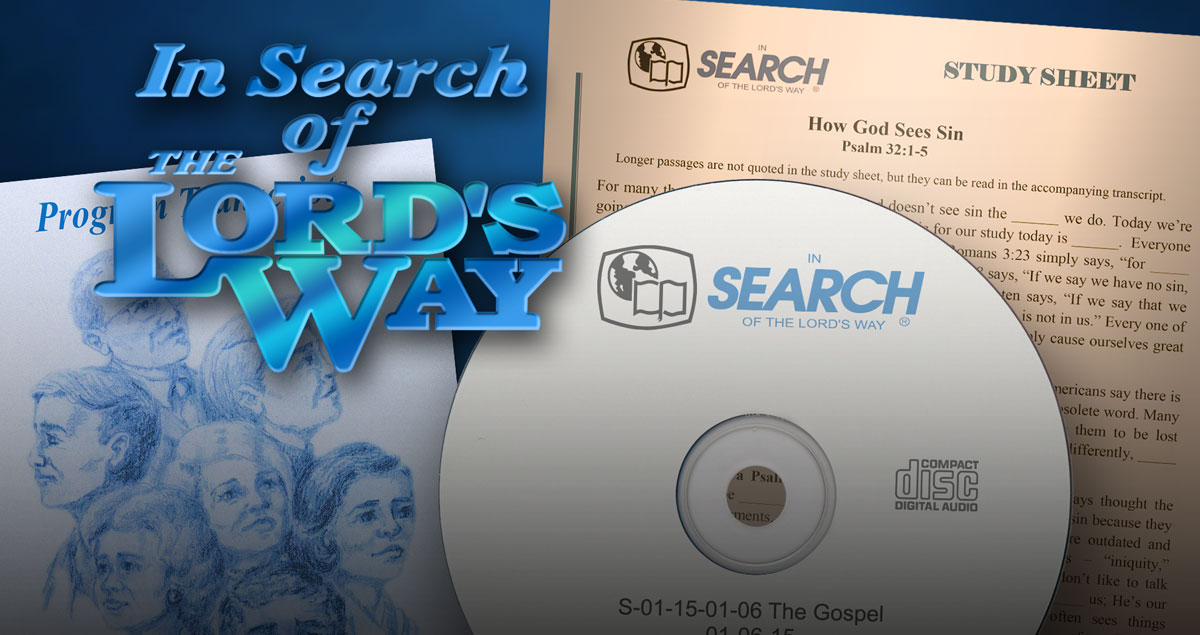 Columnist Bob Green of the Chicago Tribune has a theory about what’s wrong with the world. He blames it on what he calls the “Death of the Permanent Record.” He recalls that grade-school children once lived in fear of having their bad behavior noted on The Permanent Record. Because of this, people learned in their […]

The Lord is my Shepherd … That’s Relationship! I shall not want … That’s Supply! He maketh me to lie down in green pastures …  That’s Rest! He leadeth me beside the still waters … That’s Refreshment! He restoreth my soul … That’ s Healing! He leadeth me in the paths of righteousness … That’s Guidance! For His name sake … […]

SUFFERING SHIPWRECK OF THE FAITH

LET IT FLOW THROUGH

There was a beautiful lake that lost its zesty freshness. The water formerly had been clear. It was alluring to animals and people alike. But it became covered with a green scum. The farm animals became ill from drinking the water. Finally someone came by the lake who understood the problem. Debris collecting from the […]

A few years ago the psychology Department of Duke University carried on an interesting experiment. They wanted to see how long rats could swim. In one container they placed a rat for which there was no possibility of escape. He swam a few moments and then ducked his head to drown. In the other container […]

Neal Pollard “I Don’t Like Thy Kingdom Lord…” What are we saying to our spouse, children, and other bystanders when we get into the habit of criticizing the worship, leadership, and fellow Christians? We’re ready to talk about all that’s wrong with our congregation and all we wished was better. What is a witness […]

The Price Of Flight

Tuesday’s Column: Dale Mail Dale Pollard The cost of leaving God’s presence is more than many fully realize.  It’s interesting how the phrase “away from the presence of the Lord” is used twice in Jonah 1:2-3.  Leading up to the second mention, the text states that Jonah “paid the fare.” In the very next verse […]

Don’t miss the latest TBNB Podcast with Dale and Carl (subscribe here) Monday’s Column: Neal at the Cross Neal Pollard I counted 96 people present for the singing at the Waddells’ home Friday night, sitting in our camping chairs in their beautiful backyard. Beyond the hospitality and tasty desserts, this was such a wonderful, needed […]

Friday’s Column: Supplemental Strength Brent Pollard Greek mythology is fascinating. So much so, in fact, that the Romans co-opted it as their own. As such, the Roman poet, Ovid, tells us the story of Narcissus and Echo within Metamorphoses. You likely recognize Narcissus’ name because of the mental disorder named for him. Narcissism. You may […]

Thursday’s Column: Captain’s Blog Carl Pollard Eternity is a topic that many of us have heard taught many times. We have Sunday classes on eternity, and we hear sermons about heaven and hell. We learn about the life that comes after this one, but sometimes it doesn’t feel real. I’ve known about eternity for as […]